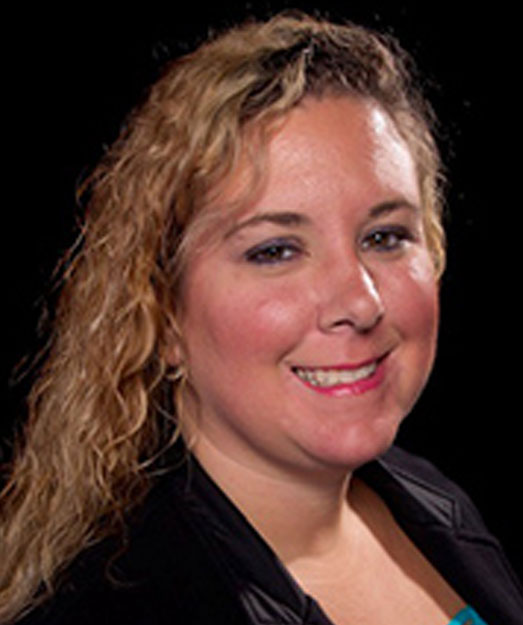 Raegan has been dancing for over 30 years and teaching since 1998. She is well trained in ballet, lyrical, modern, pointe and her favorites, tap and jazz and still continues her training today. Raegan believes it is important to stay current in this ever changing industry. Over the years she has taught in many different studio environments from competition to recreational students. Raegan has a soft spot for park district dance programs since this is where she had started her dance training. She looks forward to working with all the great instructors and dancers at the Naperville Dance Academy as the Dance Academy Coordinator. 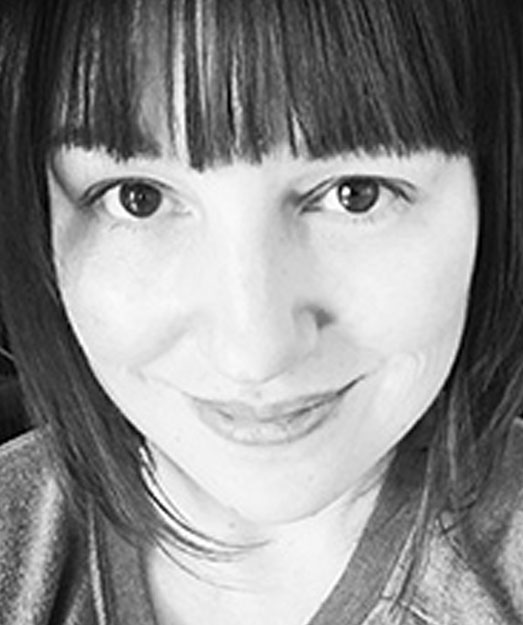 Lindsay started dancing when she was three years old and has been teaching since 2006. She has been teaching with the Naperville Dance Academy and Elan Dance Company since 2015 and loves watching her students grow from year to year. She is trained in many styles including Modern/Contemporary, Jazz, Lyrical, Poms, Tap, Musical Theatre and Character dance. She has performed and competed for many dance companies including Gus Giordano Chicago, Hip Hop ConnXion, Kinesis Modern Dance and USA Illinois Gymnastics. She has also choreographed a variety of numbers for competitive dance studios, stage productions and the Junior Luvabulls. On top of dance performance awards, she won the Judges Special Creativity Award from Kids Artistic Revue 2013 and the Judges Special Award for Choreography with our own Elan Dance Company at Dance Idol 2022 Competition & Convention. She has a BA in Marketing Communications with a minor in Dance from Columbia College Chicago and has taken many workshops and master classes to further her dance teachings over the years. Lindsay loves dancing but has a passion for teaching aspiring students of all ages and abilities in a structured, fun loving environment. She is excited to be at home with the Naperville Dance Academy & Elan Dance Company where she can continue to challenge, inspire and be creative with her students. 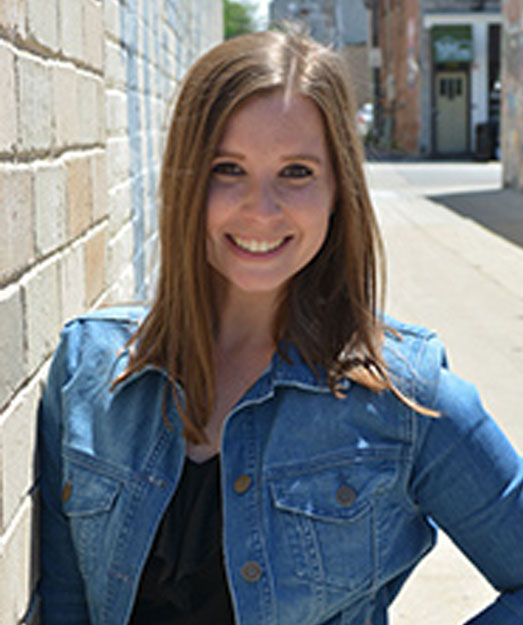 Stacey has been dancing since she was three and has been teaching since 2001. She is trained in hip-hop, jazz, tap, lyrical, contemporary, ballet, and pointe, and has been competing and coaching competition teams since 2001. She has competed twice in the Miss Dance Illinois Pageant and went on to compete twice in the Miss Dance USA Pageant ranking 18th in the country. Her credentials also include The Joffrey Ballet of Chicago’s “Nutcracker”; UDA All-Star; and Dancing in the New York City Macy’s Thanksgiving Day Parade. Stacey was also the captain of the Waubonsie Valley High School Poms team leading her team to the UDA Nationals in Orlando Florida and the WVHS Orchesis Troupe. Along with this she’s a graduate of the Comedy Studies Program at The Second City Chicago, former intern at CNN, FOX Chicago News, and Windy City Poker Championship. Stacey is a graduate of Columbia College Chicago with degrees in Broadcast Journalism and Marketing. She currently works as the Sales and Sponsorship Manager at the Naperville Park District. Stacey has been teaching for the Naperville Park District since 2006 and is thrilled to be part of the Naperville Dane Academy & Élan Dance Company and have the opportunity to work with so many wonderfully talented dancers! 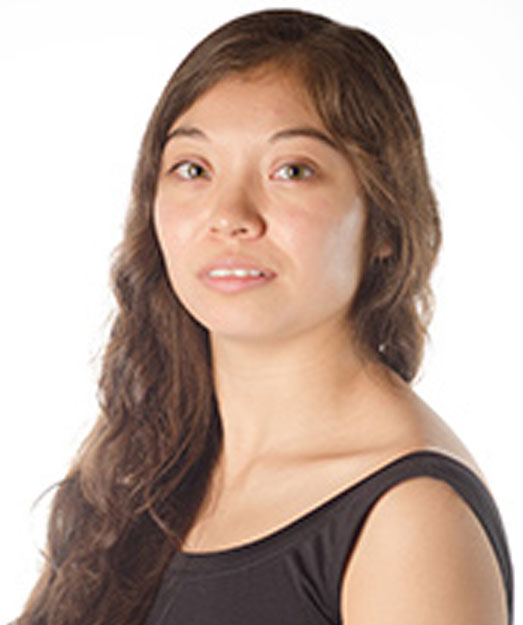 Miranda began dancing at the age of three through Aurora’s Steppin’ Out Dance Studio. After twelve years of training in tap and jazz, she continued dancing and performing with Waubonsie Valley High School’s show choirs and in the spring musicals. Upon attending Millikin University, she joined Physical Graffiti - her university’s hip-hop dance team - and began to study other styles such as ballet, modern, and musical theater at Millikin University which she graduated from with a B.M. in Commercial Music. Now she works as a freelance choreographer and dancer as well as a dance instructor. She has been seen performing for Walt Disney World, Six Flags Great America, and local theatre companies. Her choreography for musicals and show choirs have been displayed for the past seven years by schools and theatre companies throughout the Midwest Region. Miranda is ecstatic to join and share her passion for dance with the Naperville Park District dance family, and hopes to inspire her students to aim for and achieve their highest potential. 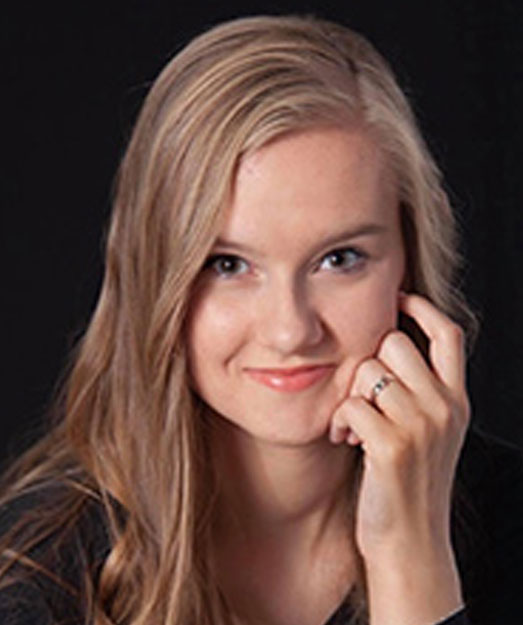 Sami has been dancing since the age of 3 and always had a natural love for dance. She started dancing recreationally and competitively for a local studio when she was 11 years old and is trained in a variety of styles; Ballet, Jazz, and Contemporary being her specialties. Sami has won multiple scholarships at many of the competitions/conventions that she has attended and has performed at multiple halftime shows for the Chicago Bulls, Chicago Sky, and Kane County Cougars. She began teaching and choreographing at age 16 at her home studio. Sami is currently studying Secondary Education and English at North Central College and is thrilled to be teaching at the Naperville Park District as well as choreographing for Elan Dance Company. Her goal is to create a positive, supportive, uplifting, and creative classroom where students can explore their love of dance. She is excited for all that she is going to create with her students! 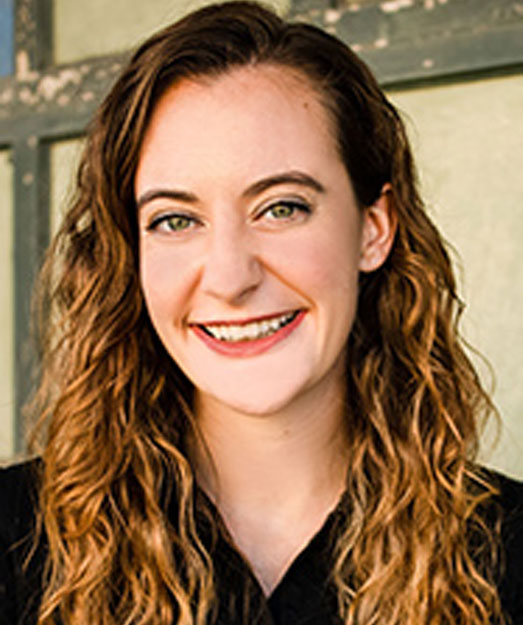 Lindsey grew up dancing at the Naperville Park District and was part of the first season of Élan Dance Company under Melissa Sallée. She was honored to be a student choreographer in the 2010-11 season and teach at the Park District during the summer of 2011. At the University of Wisconsin-Madison, Lindsey furthered her dance education by training in a variety of styles and joining OPTIMA Dance Student Organization, where she choreographed numerous routines for college-aged students. In 2015, she graduated with her bachelor’s degree in journalism/mass communication and moved to Rockford, Illinois where she worked at a regional magazine and taught ballet and jazz at Rockford Dance Company (RDC). During the 2019-20 season, she was part of RDC's Dance L.I.F.E company under Mary Read. Now a freelance writer and full-time mom, Lindsey is thrilled to return to her roots by teaching once again at the Naperville Park District. Her hope is to inspire students and instill confidence in them the way Melissa Sallée originally did for her. 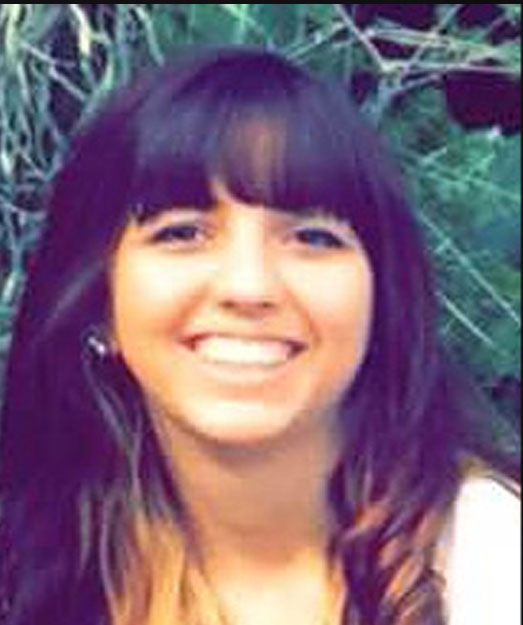 Sarah is excited to be working at the Naperville Park District! Sarah has been dancing since she was seven years old and has done a large variety of dance styles. Some of her favorite dance styles include lyrical, tap, jazz, hip-hop, and musical theater dance. She danced with Project Dance Aurora's performance team for four years and performed as a dancer in over 20 musicals at Spotlight Youth Theater. She has also danced at College of DuPage and Hubbard Street in Chicago. She is graduating from North Central College in 2017 with a Psychology degree and a Dance minor. Sarah has been assisting and teaching dance classes since she was fifteen years old. She is also a teacher and choreographer at Spotlight Youth Theater where she teaches a variety of musical theater and dance classes and she choreographs musicals for them as well. Sarah loves working with children and helping them find their passions and seeing them grow through the art of dance. Kelly McCaffery began dancing at the age of four in Aurora, IL. She danced in numerous repertoire performances with various Chicago-area studios every year, including the annual Youth Summit for the Arts, and has attended intensives at Inaside Chicago Dance, Thodos Dance Chicago, and Hubbard Street. In the fall of 2016, Kelly moved to Philadelphia to pursue her BFA in Dance at the University of the Arts where her passion for and knowledge of dance was able to flourish. While at UArts, Kelly performed in works by Robert Battle, Sidra Bell, Paul Matteson, Helen Simoneau, and Jesse Zaritt. She also had the opportunity to travel abroad to Europe and Israel to study with and attend performances by various artists. Kelly graduated from UArts in May 2020, and is very excited to share her knowledge and love of dance with her Naperville Dance Academy students. 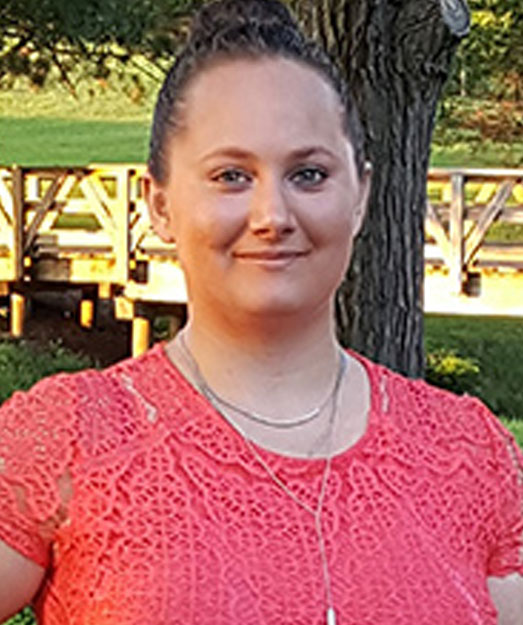 Annemarie has been dancing and loving music since before she could walk. She began her training at the age of three; where she took classes at a local studio in Bolingbrook. She is trained in many styles including ballet, tap, jazz, pointe, modern, contemporary/lyrical, musical theatre, and West African. She was a member of a competition dance team for six years and had the opportunity to perform at the Orange Bowl Halftime Show alongside the Goo Goo Dolls. From there she spent four years training at the Joffrey Ballet. Annemarie received her Bachelor of Arts from Columbia College Chicago in Dance with a minor in Photography. 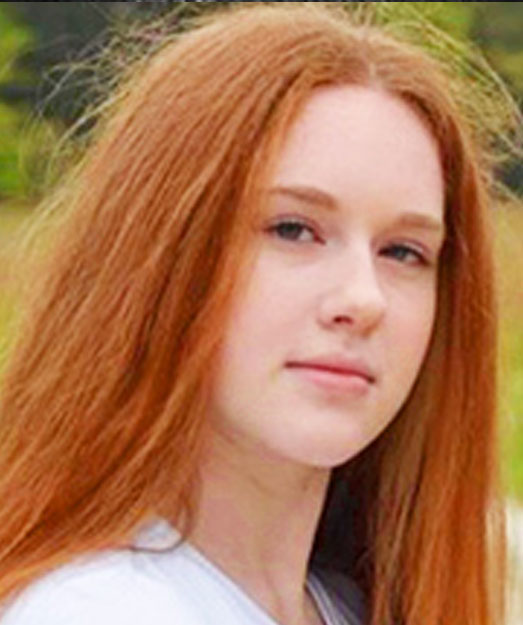 Mallorie has had a natural love for music and dancing since before she could walk. She began taking music classes as a baby and dance classes at the age of two. At age 10 she began competing in addition to her dance classes. She is currently in her 7th year competing with Moves Dance Company, with whom she earned a national title, and is in her third year competing with Wheaton Warrenville South’s varsity dance team. She has been in numerous dance productions and also has performed at multiple Kane County Cougars games as well as at a Bull’s halftime show. Mallorie has been teaching and assisting dance classes since 2017, her hard work earning her the title of UDA All Star over the summer of 2021. She is very excited to teach at the Naperville Park District and to pass along her lifelong passion for dancing to her students. 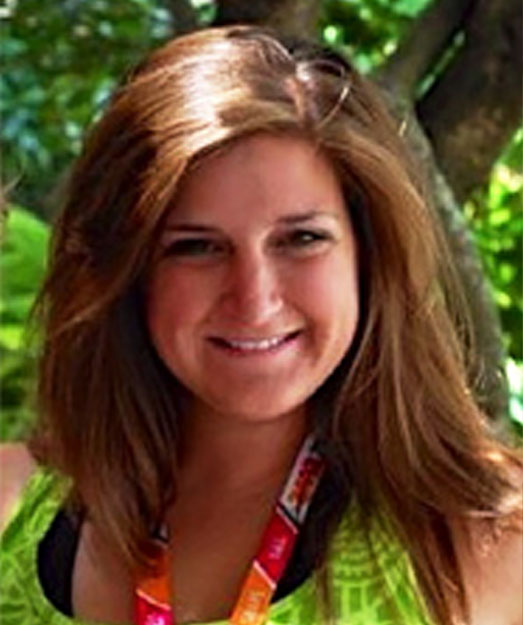 Lora Vodicka is a proud Summa Cum Laude graduate of Illinois State University with a B.S. in Theatre Education and extensive dance & fitness background. At Illinois State University, Lora danced in various shows and with multiple companies including The Who’s: Tommy, Evita, West Side Story and the Illinois State Dance Theatre. Lora also choreographed ISU’s production of How to Succeed in Business without Really Trying as well as many other High School and Community productions. After graduating Lora received her AFAA Group Fitness certification and became a Licensed Zumba, PiYo and Barre Fitness Instructor. Lora currently works at multiple suburban park districts and private studios teaching dance, tumble and theatre and choreographing competition pieces, musicals and events. With over 20 years of dance and theatre experience and 14 years of teaching under her belt Lora has developed strong classroom management skills, creative lesson plans and a true passion for education. Lora is very excited to share her knowledge of dance, theatre and fitness with the Naperville Park District. 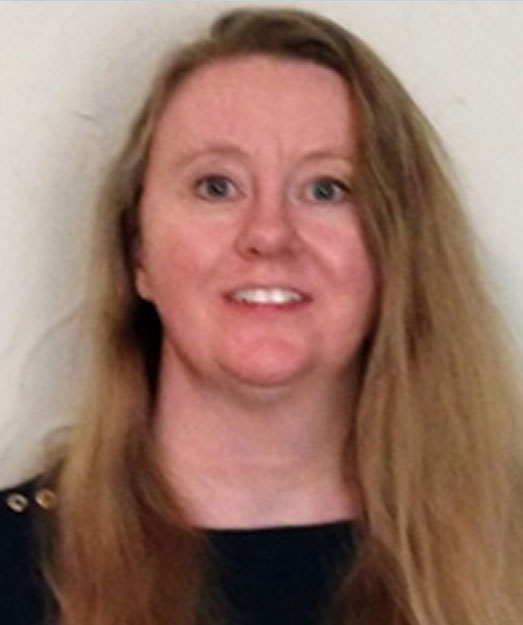 Dawn Walts began her training in Southern California at the age of four, studying several styles of dance including ballet, tap, jazz, and modern. She studied at the Ballet Arts of Long Beach and took her exams with the Imperial Society of Teachers of Dancing. Her love of hip hop began during her high school years when she attended Long Beach Poly with fellow student Snoop Doggy Dog. Her summers were spent doing intensives with Long Beach Ballet Arts, Bournonville Ballet at UC Irvine, and Central Pennsylvania Youth Ballet before majoring in dance at Mercyhurst College in Erie, PA. She has performed classical, modern, and contemporary repertoire with Oklahoma Festival Ballet and Dafmark Dance Theatre. Throughout her education, Dawn has committed herself to dance injury prevention training by studying anatomy, kinesiology, and dance pedagogy. Dawn was certified in Progressing Ballet Technique in August 2018. Dawn believes that dance training provides all students the opportunity to challenge themselves and express feelings and ideas not contained in language. She is excited to be a part of the Naperville Park District team and community.